The time had finally come. After missing out last year and the year before and all the years before that, it was finally time to break my duck and experience the delights of the one and only Robin Hood Beer Festival! It was an event greeted by much anticipation, not least by myself and Jade, but also by her family who we were attending with, as they had been in previous years and waxed lyrical about how much fun I was in for. With Matt snapping up our spare ticket and ignoring the warnings of bad weather, a grand total of 10 of us made our way to the venue which has hosted this magnificent event over the past few years, the majestic grounds of Nottingham Castle. 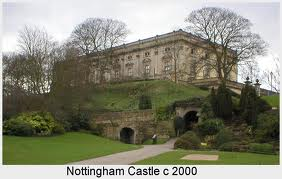